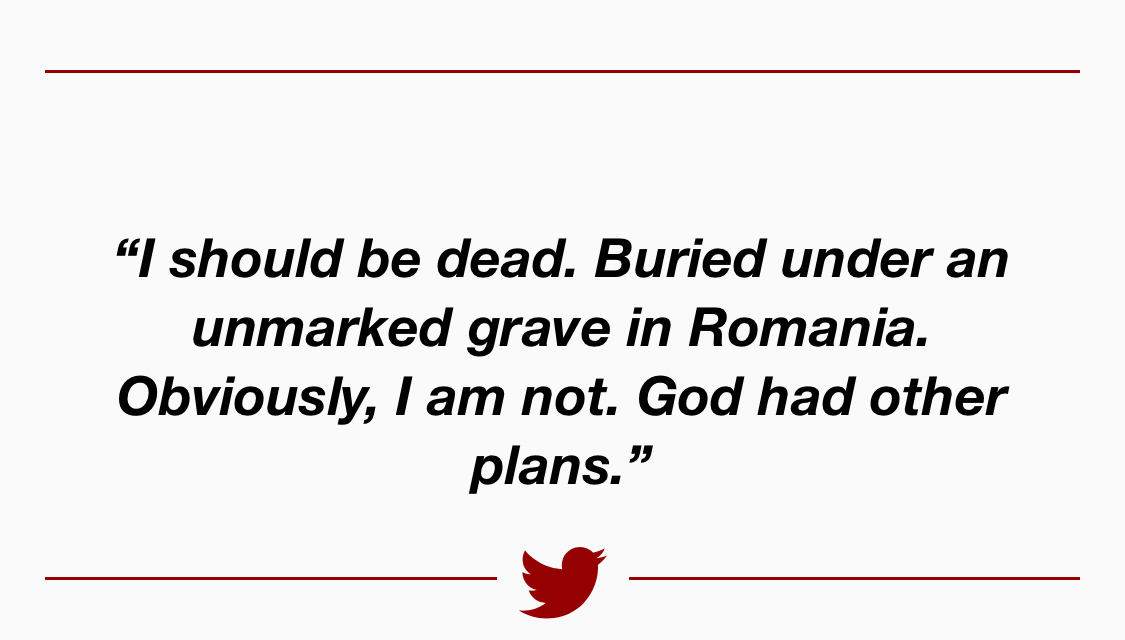 This is an inspirational story.  Buoyed—one might say propelled—by her faith, she moved mountains. She risked brutal interrogations and fears of “disappearance.” Throughout, she is guided by her Christian faith.

This is also a cautionary tale. We see in America the same hostility toward Christians that she experienced in communist Romania. In both countries, for example, she defended congregations against zoning ordinances designed to close their places of worship.

Honored and encouraged by this article.

Hope you are too.

COLORADO SPRINGS:  In Saving My Assassin Virginia Prodan writes an unforgettable book of her life growing up in communist Romania. The story is full of suspense. The reader could not be faulted for thinking it a very good work of dramatic fiction. But it’s not. It is the true story of how a diminutive young woman defied Nicolae Ceausescu, one of the world’s most brutal dictators.

Growing up in the Communist state of Romania

Ms. Virginia Prodan grew up during the communist regime of Nicolae Ceausescu.  As a child, she writes, she had a love for truth and wanted to become a lawyer. Against the odds, she succeeded. The story of her childhood is itself an incredible story of  the struggle against adversity.

What is most compelling is that while realizing her dream of becoming an attorney, her life changed: she became a Christian.

As she writes in the dedication to her book, 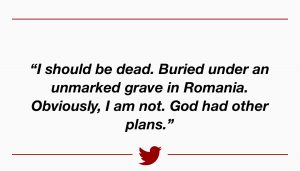 The book describes her time in Romania practicing law. Those who grew up during the Cold War era know about the depravities of communism, secondhand. In reading Ms. Virginia Prodan’s book, we learn about how Romanians endured it, firsthand.

The author tells her story as it is happening. When she takes her entrance exams for law school, she doesn’t know whether she will pass or not, and neither do we. The reader is with her every step of the way.

What comes through with unfailing clarity is Virginia Prodan’s complete reliance on God’s grace and protection.

While the state persecuted the church, Virginia defended it. The communists, confident in their power, were sloppy. They didn’t erase old laws. Christianity was not against the law despite Ceausescu’s desire for it to be banned. It was in this narrow space between the legal and Ceausescu‘s extra-legal decrees that Virginia fought with the legal system.

And won.  Again and again.

In the process, she became a thorn in Ceausescu’s side.

One retelling is when the dictator sent an assassin to kill her. Instead of succumbing to her fear, she gives witness to her killer;  she tells him the love God has, even for an assassin such as he.

Remarkably, the killer holsters his pistol and leaves. Living in her faith, Virginia Prodan lives to tell the tale.

The inspiration of faith

This is an inspirational story.  Buoyed—one might say propelled—by her faith, she moved mountains. She risked brutal interrogations and fears of “disappearance.” Throughout, she is guided by her Christian faith.

This is also a cautionary tale. We see in America the same hostility toward Christians that she experienced in communist Romania. In both countries, for example, she defended congregations against zoning ordinances designed to close their places of worship.

The book is a memoir of her time in Romania—but it is not the end of her story. Today, Ms. Virginia Prodan is still an attorney. She is an International Human Rights Attorney and an Allied Attorney with the Alliance Defending Freedom.

www.virginiaprodanbooks.com    and     Saving my Assassin, (Tyndale Press) to order.

This article – written by Al Maurer –  appeared first on April 8, 2018, in the Communities Digital News: