Courage to Save My Attempted Killer

Here in America, we are blessed to have our faith and walks of life largely embraced by society. This privilege is not even an option in other parts of the world. We had the honor of speaking with Virginia Prodan, victory coach, speaker, author at Tyndale, and attorney, who defended her faith and nearly paid for it with her life.

To be the Ambassador for the 21st Century Wilberforce  Initiative is my  honor and my great privilege!

“Freedom is precious to those who don’t have it.”  Virginia Prodan 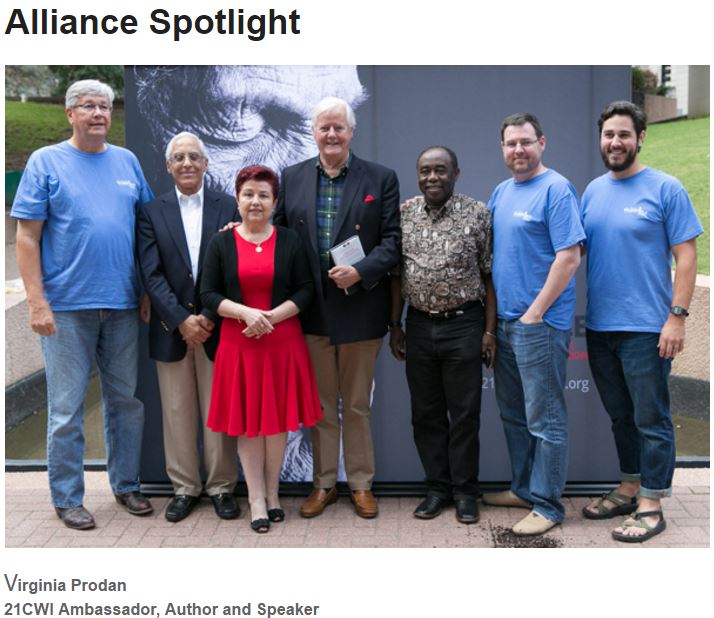 As a practicing attorney, Virginia bravely stood up to the Romanian government and fought for Christians and Romanian churches that were being unjustly persecuted. Virginia found that being a female lawyer was to her advantage. Early on in her career, she was not seen as a threat. It was not until she started winning – and kept on winning – these cases against the Romanian government, that they sent an assassin to kill her.
(read more Memoir Addict)

He came late, after everyone else had left my office. As he entered—a tall, massive man close to seven feet, with dark, menacing eyes and a hateful scowl—he pulled a gun from his coat and pointed it at me.
(read more Focus on the Family)

While Christians throughout the world could tell similar stories of God’s redemptive powers in the worst of circumstances, few could so giftedly weave the details into a page-turner like Virginia Prodan has done in Saving My Assassin.
(Read more Christian Post)

As a new Christian in an iron-fist communist Romania, she immediately became “an enemy of the state.”
“I was beaten and threatened to be killed,” she said as she recalled being interrogated by secret police for her new-found faith.
(read more and watch Virginia’s interview with CBN)

I Found the Gospel in Communist Romania

And then I shared it with the man the government sent to kill me.
“You are here because God put you here, and he has put you to a test. Will you abide in God or in the will of a man—your boss, President Ceausescu, who requires you to worship him? God has given you free will to choose.”

Saving My Assassin is the unforgettable account of one woman’s search for truth, her defiance in the face of evil, and a surprise encounter that proves without a shadow of a doubt that nothing is impossible with God.
(read more Memoir Addict)

What Does It Mean To Be Chosen?

The government even had spies planted in the churches. No place was safe. The best way to avoid trouble was to remain silent, question nothing, and try to blend in. Unfortunately, none of these traits were in my nature.
(read more A Holy Experience)

I grew up in Romania during the totalitarian regime of Nicolae Ceaușescu, one of the most brutal and repressive regimes of all time. One of Ceaușescu’s goals was to demolish all of the churches to make room for his palace—his earthly temple. Declaring himself a god, he decreed that he had brought about a “golden era,” and every citizen was required to agree with him.
I, however, did not.
(read more The Daily Positive)

As a young attorney under Nicolae Ceauscescu’s vicious Communist regime in Romania, I spent my entire life searching for the truth.

When I finally found truth in the pages of a forbidden book in Romania—I accepted the divine call to defend other followers of Christ against unjust persecution in an otherwise ungodly land. For this, I was kidnapped, beaten, tortured, placed under house arrest, and came within seconds of being executed under the orders of Ceausescu himself.

Socialism: Against Gold, Guns, and God

Twenty-four years ago, I was a political refugee exiled from communist Romania to freedom in America. But today, America is in need of freedom. Socialism is spreading in America like a horrible sickness. It is time for those of us who experienced socialism to speak up.
(Read more American Thinker)

I Found the Gospel in Communist Romania

It was 1988. Virginia Prodan had no money, spoke no English, and had two children with a baby on the way. But she was finally in the United States. She was finally free.
She worked hard, graduated from Southern Methodist University law school, and raised three successful children – all without then help from the government.