YOUR THOUGHTS – President Trump has announced his choices for the Supreme Court – the D.C. Circuit Court of Appeals Judge Brett Kavanaugh. 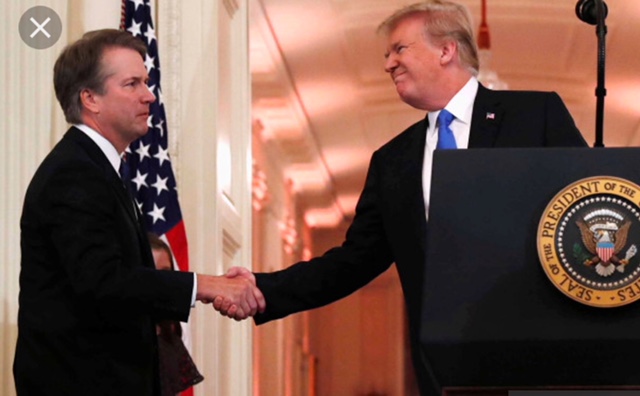 President Trump has announced his choices for the Supreme Court – the D.C. Circuit Court of Appeals Judge Brett Kavanaugh. 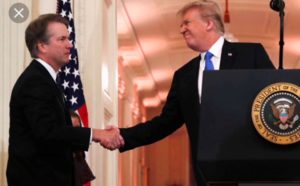 Some conservative critics are considering the following as Kavanaugh’s major flaws:

Before you share your thoughts – Keep these in mind, too:

A.     Brett Kavanaugh was confirmed to his current position on the Court   of Appeals for DC back in May 2006.

B.      In 2009, he wrote in an article. “The indictment and trial of a sitting President, moreover, would cripple the federal government.” However, Kavanaugh went on to write: “If the President does something dastardly, the impeachment process is available. No single prosecutor, judge, or jury should be able to accomplish what the Constitution assigns to the Congress.”

C.       That – according to many  – if confirmed, Kavanaugh is an originalist who would have the second most conservative score next to Justice Thomas.

D.       That – While in private practice, Kavanaugh served as Chairman of the Federalist Society’s Religious Liberty Practice Group.

E.       That –  Kavanaugh and his wife Ashley, have two daughters.   He is a regular lector at his church, the Shrine of the Most Blessed Sacrament.

Prayers for all  involved are very much needed and appreciated. 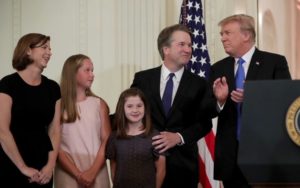 Hope you will share – Your thoughts with us – on this important issue for all of US and for our America.

We are called to be the light of the world and to influence our culture – not to be influenced by it.  Matthew 5:14

Your voice is important and precious,