Save America from Socialism!

Save America from Socialism!
Socialism is Against Gold, Guns, and God
By Virginia Prodan 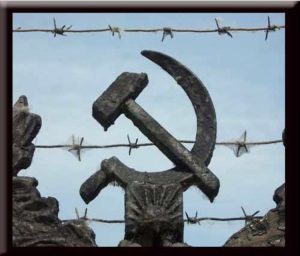 Twenty-eight years ago, I was a political refugee exiled from communist Romania to freedom in America.  But today, America is in need of freedom.  Socialism is spreading in America like a horrible sickness.  It is time for those of us who experienced socialism to speak up and for the American people to understand it before is too late.

Socialism is a false ideology and is contrary to the American capitalism system.  American capitalism promotes free-market and individual freedom, while the Socialist system replaces the free market with government control and eradicates private property, freedom of speech, freedom of the press, religious rights, and national self-determination.
Romania was once a rich capitalist country, with a free-market economy, good health care, and a great school system.  Bucharest, the capital, was called “Little Paris.”  But soon after Nicolae Ceausescu was elected president in 1965, everything changed.

Socialism is against our wealth.  It confiscates private property, distributes its citizens’ wealth, destroying productivity and individual self-worth.  In the name of promoting “fair share,” “justice,” and “equality,” socialism turns most of its people equally into poor people, while the elite leaders enjoy a lavish lifestyle.

Ceausescu governed Romania with an iron fist.  He nationalized big areas of our economy, eliminating the free-market economy with new laws that suffocated many corporations.  Government-controlled businesses had to abide by the government’s request, rules, and regulations and had to produce low-quality products that we, the customers, were forced to buy at a price established by the government.
In short, Ceausescu ruined our economy.  We experienced the end of competition and choices.
Under Ceausescu’s strict Socialist control system, Romania quickly experienced a drastic shortage of food, fuel, energy, medicine, and all the other necessities.  Soon many stores had empty shelves, or next to nothing.  Many times people formed long lines waiting for hours in front of the empty stores, hoping the stores would be replenished soon.  When the stores did have something on the shelves, the purchase process was frustrating and time-consuming.
Socialism will do the same to America !

Ceausescu turned our schools into a state-owned system.  The teacher’s role was to indoctrinate the students in socialist ideology and report parents who dared to complain.  Parents had no voice in their kids’ education.  Parent-teacher relationships were gone, replaced with total government control.
Even now in America, our kids and college students are thought lies about socialism and forced to accept them.

Presented as a “humanitarian program,” our health care system was changed into a national health care system.  The patient-doctor relationship vanished, as did the freedom to chose your own doctor.  The government ran hospitals, and medications were rationed.
Obama care is ruining our health and limits our choices for doctors and hospitals. Time to change it before is too late.

Socialism is against our guns.  Again citing a “humanitarian” purpose (too many people or kids killed or hurt by guns), the Socialists in power immediately established gun control in Romania.  A special police system called the Securitate controlled and silenced everyone, including the media.  The Securitate was the dictator’s elite special forces, his loyalists, and a very privileged and powerful group.  They were his eyes and ears and above the law.  Any honest question or skepticism would be considered an anti-government statement, punishable by everything from loss of employment to execution.
So we lived in a constant state of anxiety and mistrust, where one could be denounced for anti-government statements by anyone: a neighbor, a classmate, even a family member.  The only way to avoid punishment (usually jail or death) was to remain silent or blend in.
No free election was held in Romania during Ceaususcu’s reign.  Dissidents were killed, exiled, or put under house arrest.  I was declared a dissident, as I defended freedom in Romania.
America will be destroyed by Socialism; as government and media will control even more our lives.

Finally, socialism is against our God.  According to the socialism system, there is no God and therefore no Bible.  God was replaced with our socialist leader, the Bible with the Communist Manifesto.  There was no sin; there were no morals or virtues with eternal values.  Whatever advanced the Socialist philosophy was deemed and declared morally right.
By the time I graduated from a law school in Bucharest and was licensed as an attorney, Ceausescu had declared himself god, starting to jail Christians for having Bibles in their homes or going to church, and began to demolish churches in order to make room for his palace.
During my legal struggles as an attorney to stop Ceausescu and protect churches and Christians, many of my cases were the subject of broadcasts on Radio Free Europe and Voice of America.  They were part of U.S. State Department reports and United Nations reports on human and religious rights violations in Ceausescu’s Romania.  Because my work was considered “dissident activity,” the Securitate sought to silence me by intimidation, house arrest, interrogation, and daily searches of my home and office.  They even threatened to kill my family and me.
But by the grace of God, I am here, alive!

Those of us who have experienced Socialism and believe in freedom would rather die on our feet than live under any dictator’s lies and chains.

America’s future is on the line on this November 2016 election.  Now is the time to speak up, stand up and act (vote) for freedom and free market – Vote for Donald Trump to save America from Socialism ! 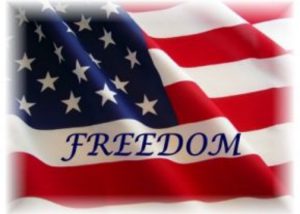 Virginia Prodan is an international human rights attorney, and an Allied Attorney with the Alliance Defending Freedom.

Saving My Assassin is a captivating and an incredible book that every American will want to read. It is a book full of wonderful and great lessons about freedom and courage.
It will inspire you to keep America free. From the introduction on, you’ll be hooked. 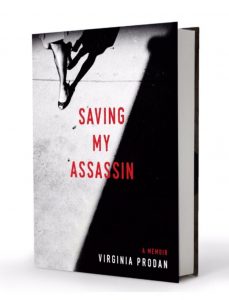 « I Found the Gospel in Communist Romania
Your Special Invitation ! Heritage Action For America ! »