America wake up! Wake up before the cruelty of Socialism or Communism will wake you up! 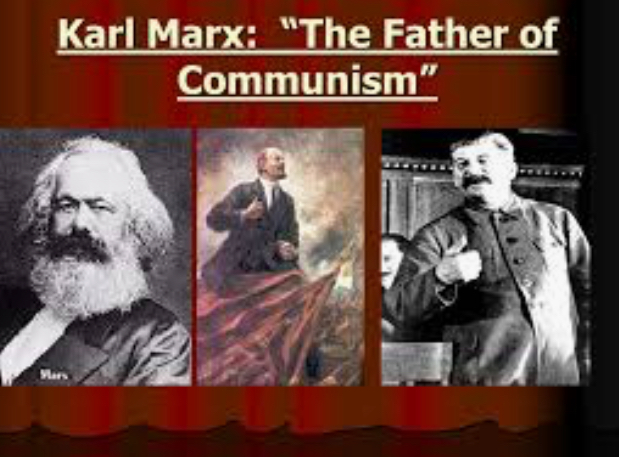 before the cruelty of Socialism or Communism will wake you up!

Please – Listen to my alarming call to you.

Almost 30 years ago I came to America as a political refugee from Communist Romania.

This weekend some in the media in America celebrated Karl Marx – the founder of scientific Socialism. 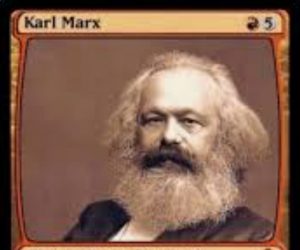 Unfortunately the New York Times article was not a nightmare but an astonishing disturbing reality in America.

I experienced the horrors of Socialism or Communism.    I described life under Socialism and Communism in my memoir – Saving My Assassin – https://www.amazon.com/dp/1496411838 – Tyndale House Publishers.

Those regimes killed more than a hundred million people in the last century. https://www.wsj.com/articles/100-years-of-communismand-100-million-dead-151001181

But, today in America, the “benefits” of Socialism and Communism are thought to students in the Ivy League, in the local community college or now even in the elementary schools.   A generation has been taught lies about Socialism or Communism, and they believe them.

In 2017, the National Review reported that a poll found as many as 40 percent of people in the U.S. “now prefer socialism to capitalism.” – https://www.nationalreview.com/2017/03/socialism-poll-american-culture-faith-institute-george-barna-tradition

If we allow Socialism to conquer America, very soon the cruel reality of it will wake you up.    Then, you will beg to return to freedom but it will be too late.

Appreciate the freedom you have in America.      It”s easy to take freedom for granted, when you have never had it taken from you.   Treasure freedom.     Guard it.

There is nothing good about celebrating Karl Marx’s philosophy.      His utopia led millions of people – under Socialism or Communism – to torture, prison or death at the hands of tyrants.   His Socialism utopia takes away your right to worship God, institutes the government as “the State is the Divine Idea as it exists on earth,” and glorifies total government command-and-control over you.

The Communist leader V. Lenin decreed that “liberty is so precious that it must be rationed“ to ordinary people like you and me.

I was born in Communist Romania – during the totalitarian regime of dictator Nicolae Ceausescu.
Then Romania was a land of lies, and a prison land. Not one with real stone walls, steel bars, and watchtowers, but a prison land nevertheless.
The stone walls were the cruel, harsh life and treatment from the government; the bars were the lies; and the watchtowers were the suspicions, anxieties, secrets, and fears.

To silence us, the Communist government and dictator Ceausescu labeled any of our honest questions or skepticism as an anti-government statement, punishable by everything from loss of employment to execution.
We lived in a constant state of anxiety and mistrust where one could be denounced for anti-government statements by anyone: a neighbor, a classmate, or even a family member.
To avoid the dictator’s punishment many people remained silent.

Under Ceausescu’s Communist government, we were not free to confront the lies of the ferocious regime or dictator.    Ceausescu ruled Romania with an iron fist.     Romanians were arrested, beaten, and imprisoned for carrying or sharing a Bible or for going to church.

But I refused to live in lies or fear of what a dictator or his government could do to me.    As a young Christian attorney I defended people facing death for criticizing the dictator or his government.    Christians facing jail or death for transporting Bibles across town, or for sharing their faith, oe for watching the Jesus movie or worshipping Christ in their own homes.
Against the dictator’s strict orders, I used the old capitalist Romanian law to protect human and religious rights and took the government to court.    I often feared for myself and my family.

Ceaușescu’s government was ruthless in imposing its will.     Human lives meant nothing; obedience was all that mattered.   The harder I fought, the more I became a target myself. My legal work, was labeled as an act of treason.    I was declared an enemy of the state – kidnapped, arrested, beaten, tortured, placed under house arrest, and I came within seconds of being executed under the orders of Ceausescu himself.

But, God’s power in me was always greater for the mission ahead of me.
So, many of my cases became the subject of broadcasts on Radio Free Europe and Voice of America.
United State diplomats – The Secretary of State and Congressmen Christopher Smith and Frank Wolf, frequently came to Romania to talk about my cases.
Several of my cases became part of the US Department of State’s reports and part of the United Nations reports on human and religious rights violations in Ceauçescu’s Communist Romania.
And with that, finally – Ceausescu and his government – were exposed to America and to the entire world.
I am not a hero. I have defended many heroes.     I only acted in faith, and with God’s power I won.

Today Romania is a flourishing, democratic country, that respects human and religious rights.

We enjoy freedom in America because others laid down their lives for our freedom.

To live free, we must be ready to die for freedom.

Freedom comes at a very high cost.
Many Americans value freedom with deep gratitude, while others take it for granted.     It”s easy to take freedom for granted, when you have never had it taken from you.

There is no Freedom without God.   Not even in America.

God set me free and worked remarkable things in me to change a country – Romania.
God wants to do the same thing here – to change us and to change America through us.

I should be dead according to dictator Ceausescu, but God had other plans.              Instead, on Christmas Day, 1989, after a brief trial that lasted under an hour, dictator Ceausescu was executed by a firing squad.
The once all powerful ruler of Romania, the one who declared himself a god, who built a huge palace for himself, “the man who grew stronger by destroying others” – Psalm 52:7;  the one who jailed and killed many Romanians, especially Christians, was now defenseless.
Dictator Ceausescu, died as a criminal.
His famous final portrait of death was flashed around the world.

Freedom is a gift from God.

We must not allow THIS to happen in America.

America has been the symbol of freedom.
A free America is God’s gift to mankind.
This very free America protected my life as a dissident in Communist Romania.
I am living proof of your strong beliefs and, of your powerful acts in defense of freedom.

To understand the cruel reality of Socialism or Communism, please read and share with others my memoir – Saving My Assassin – https://www.amazon.com/dp/1496411838 – Tyndale House Publishers.

Everyone needs to understand the horrors of Socialism and Communism.

Wake up America – We Can Keep America Free!

before the cruelty of Socialism or Communism will wake you up!

What would you do today to protect freedom in America?